This is a sponsored post written by me on behalf of Walmart. All opinions are 100% mine.

Last year for Christmas, Santa surprised Trevor with the Despicable Me 2 Blu-ray and ever since that day I am always hearing “Bee-Do, Bee-Do, Bee-Do”. Whether it’s in the car, getting off the bus, or playing with their friends, that is one phrase that they can’t seem to forget. They’ve even introduced our neighbors to the world of minions, as they often run around yelling “Bee-Doo, Bee-Doo, Bee-Doo”. Although we have yet to see the original Despicable Me movie, Despicable Me 2 soon became a favorite and now this year for Christmas the boys would enjoy Despicable Me toys as they do not have any. I’ve already been told that they only want the yellow minions as Jonathan is creeped out by the purple minions.

Just in time for the holidays is the release of the Despicable Me™ “Bee-Do” Fireman Minion Stuart from Thinkway Toys. This soft, hug-able plush is sure to be a big hit with any Despicable Me fan. Not only does this minion play the popular “Bee-Doo” sounds, and talk but he also features headgear that lights up. 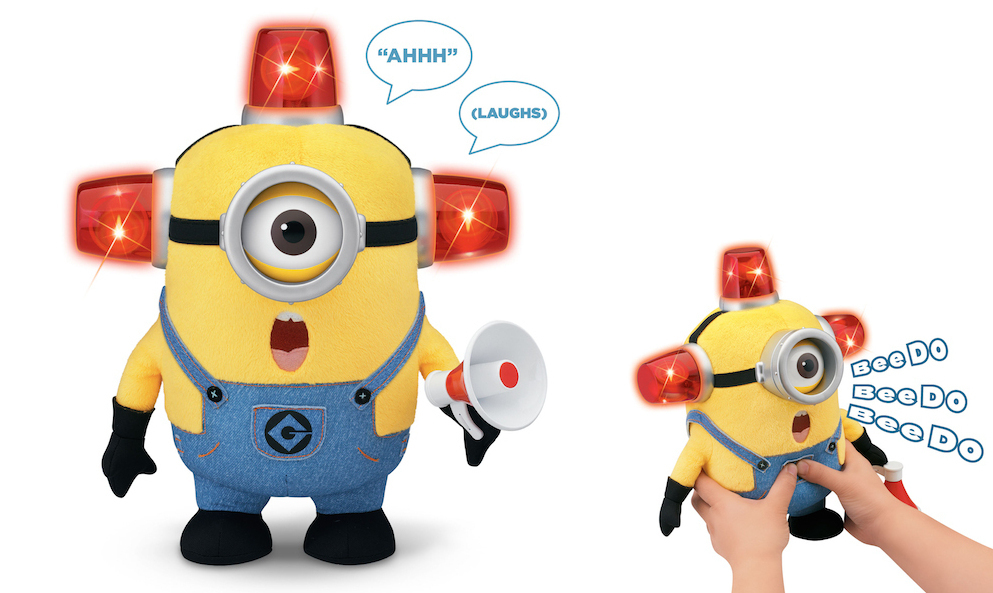 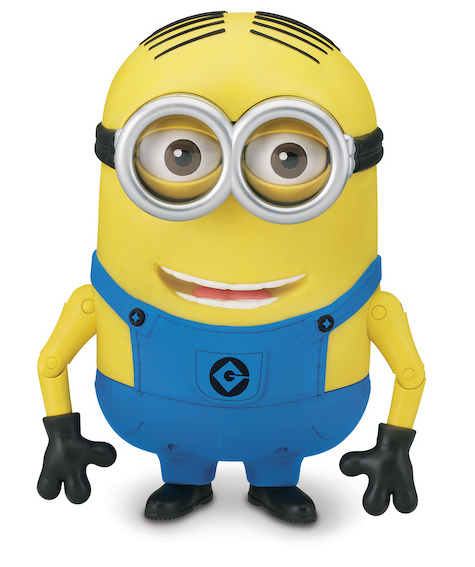 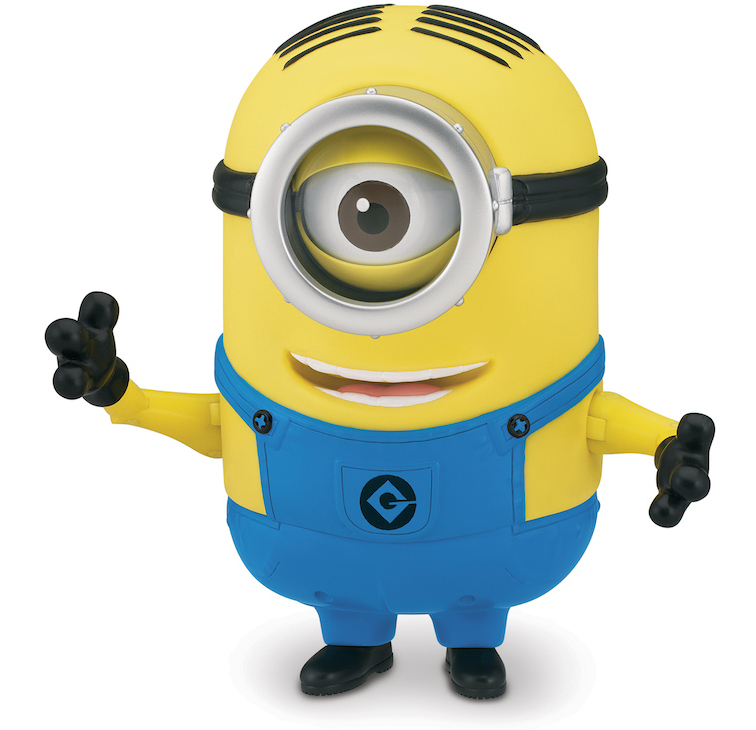 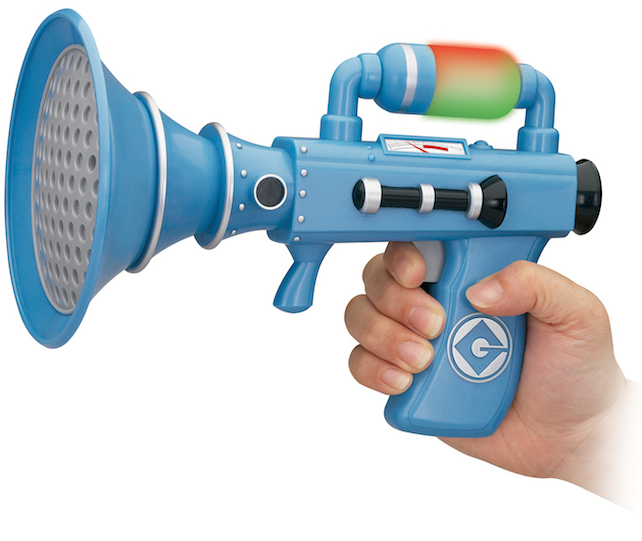 Are you shopping for a Despicable Me fan this year?