Last summer Trevor had a blast using our neighbors action cam while snowmobiling. He’s my little thrill seeker and loves watching videos of himself as he rides the snowmobile, his scooter, or his bicycle. I can totally picture him, doing flips and stunts in the air when he gets older. I’ve been wanting to get him an action cam to document his adventures, but most of the cameras cost anywhere between $100-$500 and I just couldn’t see spending that on a five year old.

During one of our shopping trips to the toy store he spotted the Vtech Kidizoom Action Cam, and was psyched that they had a kid-friendly action cam. He started saving up his chore money to buy one, and was hoping to get one in time for winter – to record all of his snowmobiling and tubing moments. Imagine his surprise when Vtech sent him his vey own Kidizoom Action Cam to try out. He immediately wanted to attach it to his bicycle, where it has been for the past couple of weeks. The action cam also incudes a waterproof case but since swimming weather was over by the time we received the Vtech Kidizoom Action Cam we’re looking forward to using it next summer as the boys jump in the lake. 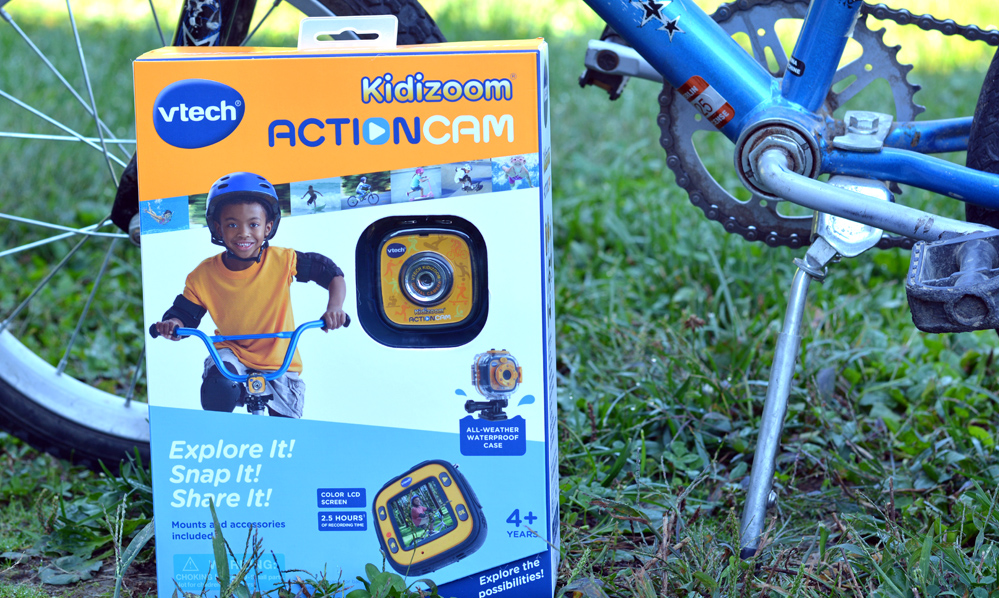 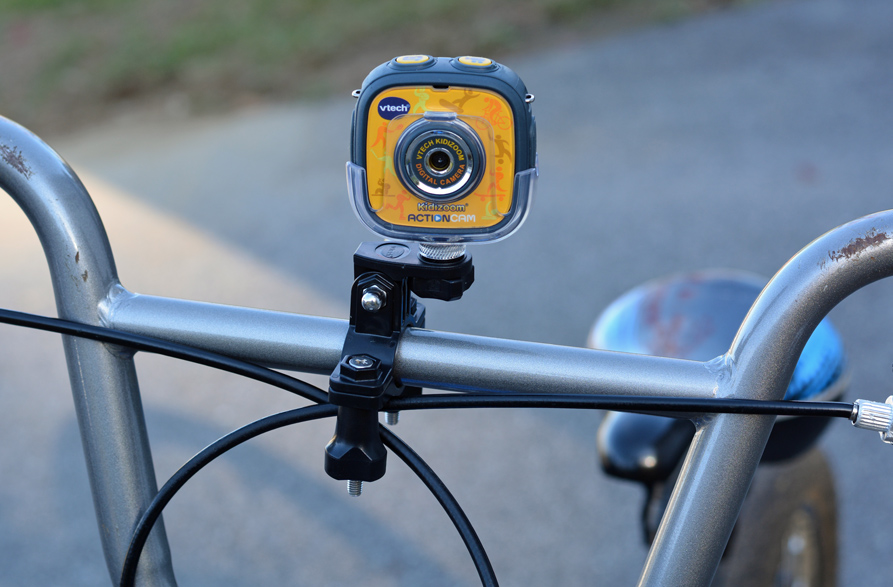 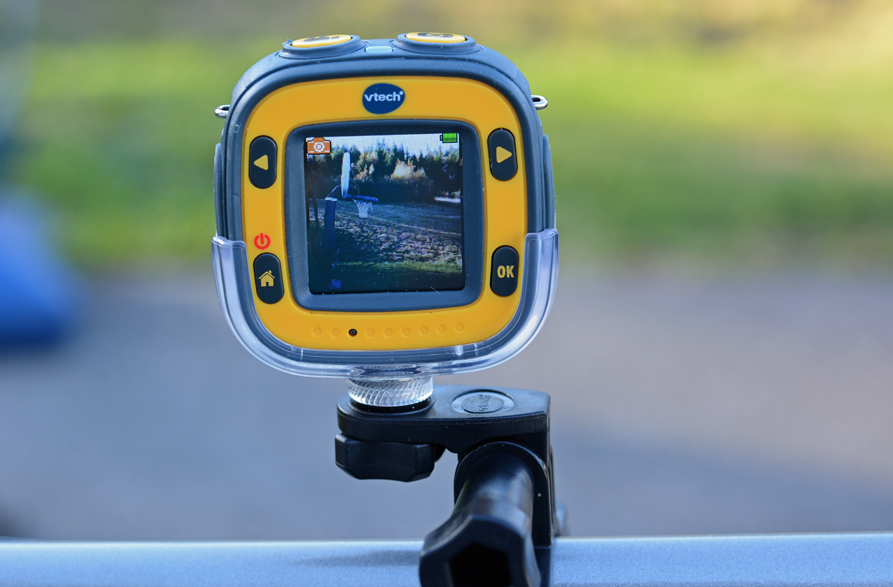 It didn’t take long before the kids learned how to navigate and use the Vtech Kidizoom Action Cam. After downloading almost a hundred videos & pictures to my computer it was obvious that they were able to find out how to play the games, take pictures  and add fun photo affects to the videos. Not only do the children enjoy watching the videos, but I also get to see what life is like through their eyes. While most of the videos captured included bike riding, there was one in particular that was hilarious, Jonathan stood in front of his bike and recorded himself trying to breakdance. 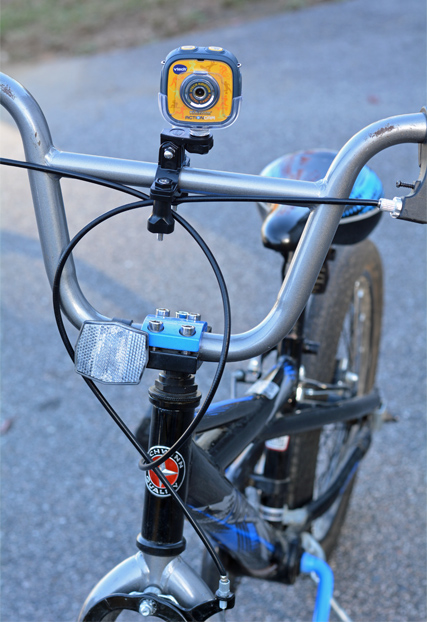 Overall, both of the boys love their Vtech Kidizoom Action Cam, its a durable little cam for kids that is able to withstand their day to day adventures outdoors. Weeks later, it is still a huge hit whenever their friends come over, and they each take turns making their own videos.  We’re looking forward to using it this winter to catch our sledding moments, as we live next to a massive hill. I’m curious to see how it will withstand in the cold weather…I’ll let you know when the time comes.

The Vtech Kidizoom Action Cam is available in both pink or yellow and can be purchased on Amazon.