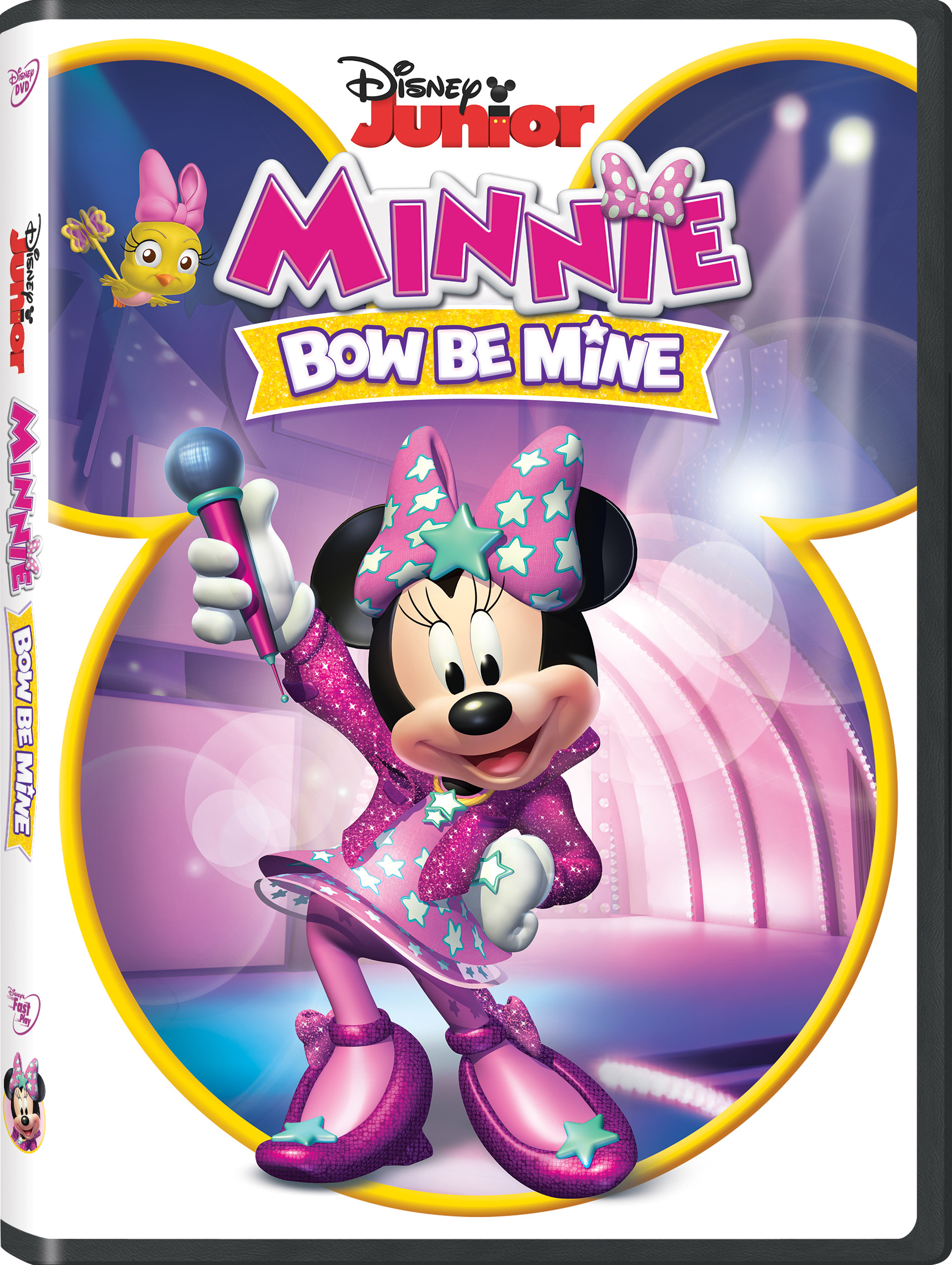 Minnie Bow Be Mine

Minnie Mouse fans will LOVE the latest Disney Junior DVD Release: Minnie Bow Be Mine. As the Happy Helpers from Mickey and the Roadster Racers, BFFs Minnie and Daisy take center stage as they tackle super-tough tasks and help friends who need a hand: judging a surfing contest in Hawaii, solving a doozy of a mystery, photographing a rare rainforest bird and much more! Then, watch Minnie rock out onstage at Hot Dog Hills Stadium! Featuring two bonus music videos, Minnie: Bow Be Mine amps up the fun to a whole new level of awesome.

How to make your own Minnie Ears and Bow.